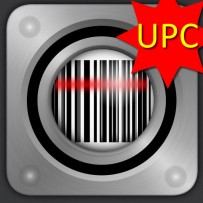 UPC barcodes are 1D barcodes which using different in size black and white vertical bars are able to encrypt a sequence of 12 numbers that serve as a key. UPC stands for Unified Product Code and is widely adopted in the manufacturing and retail industries of countries from North America. The main purposes for which the UPC barcode standard is used are product labeling, tracking of packages and checking-out a product at the point of sell.

The UPC barcode model was firstly introduced in the grocery sector of the USA in 1973 in order to increase the speed of receiving and selling goods at the markets. Thus the inventory records in stores and warehouses became more automated and easier to maintain. The Unified Product Code proved to be really efficient and as a result it broke the frame of the grocery industry and entered, as we can now notice, almost every sphere of our life. It was the UPC barcode that basically gave birth of the EAN standard – the UPC equivalent for the rest of the world.

Enough talk – let’s check it out!

This UPC barcode was generated with UPCEncoder.

Nowadays UPC barcodes are highly used in the commerce at the so called point of sell when an item is being checked out from a store. What you can see on the right is an UPC barcode made with our UPC barcode generator – UPCEncoder. It is composed of two main parts: numbers – the human-readable part – and vertical bars – the encoded version of the numbers which is machine-readable. The number of digits of a standard UPC barcode is 12 – the first six stand for the identification number of the manufacturer – in our case – 639382. The following five numeric characters – 00039 – are the item number. Therefore every item of a particular brand – be it a box of cookies or a whole package of cookies – can be uniquely identified after scanning the UPC barcode labeled on it. However in order to have your own UPC barcodes as a manufacturer which are recognized and acknowledged in the retail industry, you have to be a member of the GS1 organization and to be in possession of a company prefix (the first six digits of a UPC code). Finally the last 12th digit is the check digit. It basically tells the scanner what it should have read and if it coincides with the data received from the code then the scan is successful.

So far this was the basic body of an UPC barcode. But in fields like the Publishing industry there are the so called add-ons. Bear in mind that add-ons can only be read alongside with an UPC barcode and not on their own. Below there are two UPC barcodes created again with our UPC barcode creator. The first one is with EAN-5 add-on which represents the price of the item. The first of the five numbers states the type of the currency (0 and 1 – GBP, 5 – US dollars, 6 – Canadian dollars, 3 – Australian dollars and 4 – New Zealand dollars). The next four digits are the actual price, multiplied by 100. If the number is 9999 this means that the book either costs 99.99 or more. The other barcode is with EAN-2 add-on which uses more complex encoding scheme. The two digits usually represent the issuing number of a magazine, a newspaper or other periodical.

Something that should be very carefully considered when dealing with UPC barcodes is the export file format of your codes. Often one and the same code has to be put on packages of different sizes. This leads to scaling and scaling on its turn leads to pixelization and loss of quality if a raster image format is used. Fortunately most of the decent UPC barcode generators like our UPCEncoder and BarcodeEncoder offer export in EPS which is a vector image format. Thus you can scale your UPC barcode as much as you want and it will still be perfectly readable.