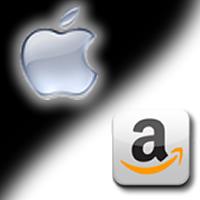 The times when you could go to the PC store and buy a game, with all the flashy covers and posters, have ended. CDs are officially becoming history and all the games/music/videos or any other kind of digital content jump into the global web. Nowadays if you want an application for your tablet or smartphone simply go to one of the most famous app providers – the Apple App Store, Amazon App Store, Google Play or Windows Marketplace. These four places, with little exceptions for the Windows Marketplace, are true virtual giants that grow with amazing pace and will only continue to do so. In the context of the latest events (WWDC 2012 and the announcements from Amazon) I will specifically elaborate on the growth of the Apple App Store and the Amazon App Store.

The last quarter of 2011 was really lucrative for the guys from Amazon. They succeeded to raise their share on the tablet market up to 17% in December, last year, by selling more than 4.8 million Kindle Fire devices. Experts explain their really impressive achievement by the fact that around Christmas and the other winter holidays people are more eager to open their wallets. Furthermore the price of a Kindle Fire is around $190 which is a relatively modest sum of money for a device from this class. The tablet comes with Android OS 2.3 Gingerbread which makes it compatible with most of the Android applications, BUT you have access only to the Amazon App Store and not to the GooglePlay.

A piece of statistics showing the demand of Kindle Fire.

Now, nearly six months later, Amazon, with their Kindle, are still on the second place, remaining a very distant follower of the iPad with only 8% market share. According to a survey, conducted by IDC, the sells of Kindle File have dropped significantly and during the first quarter of 2012 they have reached 750 000. So what caused the substantial decrease? Actually there are few factors, that combined can explain why users have put the Fire away: 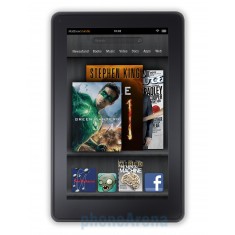 The current version is available with 7″ screen.

So Amazon are trying to escape the hole they have fallen into. The first step, which they have already made, was to expand their range and reach more markets in order to be competitive. Nearly a week ago it was spread around that they are going to target European countries, including: the UK, Germany, France, Italy and Spain. More countries respectively mean more developers, submitting new products, and more users, downloading them. But why would an android programmer want to change the GooglePlay with the Amazon App Store. The answer is simple – Revenue per Active User. Talking in numbers, according to a survey, conducted by Flurry Analytics, if we take the average profit made in iTunes for $1.00, then the average profit per user from Amazon App Store would be $0.89 and from GooglePlay – $0.23. Going from GooglePlay to Amazon App Store equals 3 times more money, which is very attractive.
In May 2012 the percentage of users that define themselves as “Very Satisfied” with their Kindle Fire was only 41%, compared to the twice higher 81% of iPad buyers. Maybe that is why 73% of the people would purchase an iPad against to the humble 8% that would choose Kindle Fire. Some argue that there is no place of comparison between the two devices, but all in all they both are tablets that are supposed to serve the user one and the same way – games, multimedia and internet surfing. What is more, there are rumors that Amazon are preparing new versions of the Fire that would please the average consumer greatly than its predecessor and would be more likely to compete with the iPad and the Samsung Galaxy Tab. After all here we are talking about not for 7” but for 8.9” and 10.1” screens and respectively dual-core and quad-core processors. Although nothing as specifications has been officially released yet and everything is hypothetical, these new Fires are expected in the Q3 of 2012. 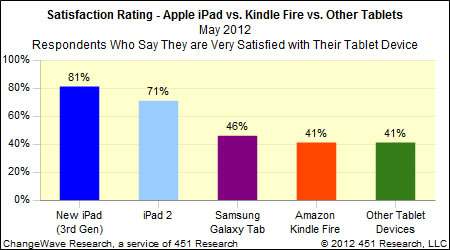 Satisfaction rates of the users for the different devices.

Talking about market expansion I can’t miss Apple App Store and the announcement made on the WWDC 2012, a few days ago. Some really impressive figures, like 400 million App Store accounts, 650 000 apps available online and 30 billion downloads by March 2012, were represented. They did nothing more but to consolidate the position of Apple as an absolute monopolist on the tablet market. From Apple have decided to add 32 more countries in their list, mainly African and from the regions of Asia-Pacific. To put it bluntly, the Apple App Store will be available in 155 from 196 countries worldwide which soon would be equal to a total Apple’s domination in the sector. Furthermore some insiders have shared that Tim Cook and his team are currently preparing a new, smaller edition of the iPad which will target the lower-class tablet fields with its reasonable price of $200-$250. All these are still gossips but if they really happen, the future for Kindle and the other Android-based pads won’t be very bright. 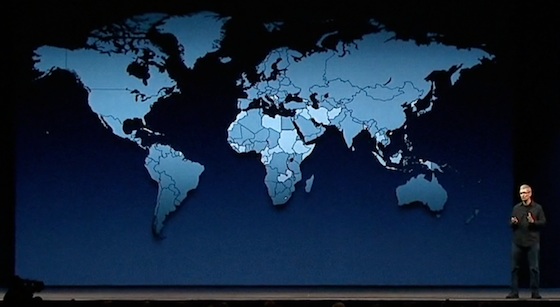 The 32 new countries will mean total of 155 countries where the Apple App Store is available.