Battle of the app store giants 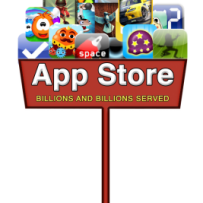 Since the dawn of smartphones, app development has flourished and the demand for software publishers grew. Then app stores such as Apple app store, Google play, Amazon app store, Nokia Ovi store and many more came to existence. The first of which was the Apple app store for the iPhone, second one was Google play for Android devices, both came to life in 2008, then Blackberry’s app store and Nokia Ovi store in 2009, Windows marketplace in 2010 and the app store for the iPad in 2011. All of these are very successful in advertising and selling genuine and third-party apps to the public, but without a doubt there are only two champions fighting for the top position. And we all know it’s Apple vs Google. But we will talk about that in a bit.

What are app stores?

Well there are people who still do not know what an app store is so we’ll explain. App stores are home to all applications for a specific operating system like: Apple app store which offers applications and games for all iDevices such as: iPhone, iPad and iPod; Google play which offers apps and games for Android devices; Amazon app store which even offers e-books to almost all OS’s. There are many more that offer more than just apps, there are stores that offer movies and episodes from your favorite sitcom or show. All you need to do is to find the store, enter it and browse trough all the content available until you find something you like to download. It is simple.

Apple vs Google: Why them? 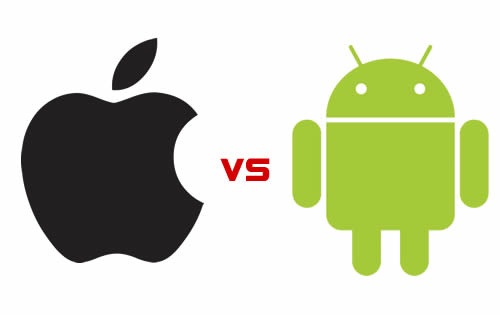 Apple and Android devices are the top sellers and it is natural for their stores to be on the top. There are a few factors that determine that. First: Number of devices sold (Google has the lead there); Second: The quantity of the apps available for each (Apple has the lead there); Third: The quality of the apps (Both are even here). So why Android devices have more sales but Apple has more apps sales? Makes no sense right? Well lets see. Android is an open source operating system which means it is unlocked and can be improved, hacked and toyed around with, which sounds very tempting for a programer and Android devices do sell more because of that, but developers stray away from it because being an open source OS apps and games can easily be hacked and pirated so less money for the creator. But on the plus side Android is a friend for third-party app developers who do this just for the fun of creating content which makes people happy. Apple Mac and iOS , on the other hand, are closed OSs that do not offer more than what they are capable of straight from the box. So that is perfect for the developers, they worry less about pirates there because all Apple owners are less likely to pirate an app since they have to hack the device them selves, voiding the warranty of the device, and that is why they prefer to purchase apps. So Apple app store generates more money from less apps than Google play does. But that does not mean that Google’s store has less quality apps. As stated before third-party app developers keep flooding the store with free or low priced quality applications. But being an open source OS is not the only reason third-party developers love Google play, Apple’s app ratings chart keeps pushing the top sellers and the top rated apps upfront removing third-party apps or it moves them in the last pages of your search thus making those devs switch to Android because the search system is different, it does sort them by rating but keeps the free apps in the first pages because people do tend to like free stuff. So now more than 60% of Google’s apps are absolutely free! Well there is the occasional app that offers an ad free version for a small price. Here you can see some numbers:

Geographical regions are also a great factor in revenues too:

But still both OS have grown in revenue generation at the same rate – by ~14% this year which means Apple will still be in the lead with 700,000+ apps vs Google’s 675,000+ apps. But soon they will be neck & neck and we could have a new leader but only time will tell. You didn’t see Windows market place anywhere, did you? Well Microsoft are a bit late to join in the fight since Windows was not very popular in the mobile community because it was hard to operate and unstable, like the PC versions, and moving throughout the menus was annoying. All they’ve tried is to copy Apple and attract customers with Windows OS phones and the long forgotten Zune. Since the dawn of time Apple and Microsoft have been at eachother’s throats because Microsoft has stolen ideas from Apple and tried to copy their products, the Zune is an example for that. Windows market place is a good store but it will just have to stay in PCs their consoles the Xbox 360.

So if you are a developer and do want to earn money then the Apple app store is for you or if you like to create apps for fun or for practice Android will surely earn you a lot more downloads especially if your app is entertaining and/or helpful and if you want to publish or purchase books on the go Amazon app store is the one for you, well technically there are more stores out there that offer great content but leaders in apps and games business are Apple and Google, sorry Microsoft you can try in a few years, maybe you’ll get your chance.