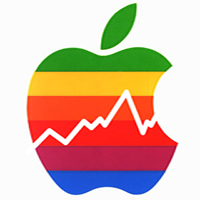 If you are an Apple shareholder then this will be good news for you. Apple have revealed their 2013 Q1 revenue results and these results include the sales trough the Holiday season. In this quarter Apple launched the iPhone 5, the iPad mini and the iPad 4G, new Macs…a little bit of everything actually.

Here are the statistics

Apple’s Board of Directors has declared a cash dividend of $2.65 per share of the Company’s common stock. The dividend is payable on February 14, 2013, to shareholders of record as of the close of business on February 11, 2013.

“We’re thrilled with record revenue of over $54 billion and sales of over 75 million iOS devices in a single quarter, we’re very confident in our product pipeline as we continue to focus on innovation and making the best products in the world.”

“We’re pleased to have generated over $23 billion in cash flow from operations during the quarter, we established new all-time quarterly records for iPhone and iPad sales, significantly broadened our ecosystem, and generated Apple’s highest quarterly revenue ever.”

Apple is providing the following guidance for its fiscal 2013 second quarter:

• operating expenses between $3.8 billion and $3.9 billion

Apple predicts a revenue of $41-43 billion for Q2 2013 but that may or may not be reached or even passed, it all depends on the people and the new products released (if any). Despite Apple’s strong financial performance, the company’s stock price has constantly been going up and down. In the beginning of 2012 the stock price was in the $400 range, then it eventually went up to $705 in September 2012 before crumbling down to low $500 range in the beginning of January 2013. The biggest question now is whether Apple would manage to restore the previous or better state of the stock price with this strong revenue report and of course if the Q2 2013 revenue is also as good or better, that will happen.

If you are curious to find out how much does an Apple share cost now, you can visit the links bellow which will give you a real time information about the stock price: