Aztec code – The Next 2D Barcode 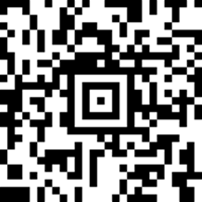 Have you ever heard of or seen an Aztec code. It is a 2-dimensional symbology, which is said to be the most easy-to-print and easy-to-scan 2D barcode. It looks pretty much like a QR code, with the black and white modules, but has its slight differences. Aztec has great encoding capabilities and is mainly used in the transportation industry, on electronic traveling tickets or boarding passes.

When you hear Aztec, probably the first thing that springs to your mind is connected with the ancient civilization of the Aztecs. Of course the barcode has nothing to do with the history. It was developed in 1995 and was named Aztec because of the resemblance between the central, and only one, positioning pattern and the age-old pyramids in Mexico, looked from the above. There is no “quiet zone”, a blank space, needed while scanning, which is a great advantage. Moreover the only one finding square (compared to the three in QR) makes Aztec codes much more concise and less space-consuming. Their dimensions depend on the number of characters encoded. The smallest symbol can be 15×15 modules, representing 13 numerical digits or 12 alphabetic letters and the biggest – 151×151 modules representing 3832 numeric or 3067 alphabetic letters or 1914 bytes of data. Theoretically all the 256 ASCII characters can be encoded.

Aztec code can be found in the commerce or as markers of small items. Some governments, like Poland’s, have adopted Aztec topology in the car registration documents. Thus the registration of an automobile has become much easier and quicker process. Apart from the fields of application, described above, Aztec code is most widely used in the transportation section. It serves perfectly as designator on parcels and packages. Furthermore it is frequently applied as a security safeguard. Printed or sent like a message on a mobile device, Aztec barcodes can prove who the owner is of a certain boarding pass and to authorize that it is genuine and is not counterfeited. To make it clearer I will give you an example – Heathrow Express is currently using Aztec codes for the distribution of the so called self print tickets. When you buy a ticket online, you receive it in digital format, under the form of a picture, on your computer but it has an added unique barcode at the top-right corner. Thanks to it you are able to print the ticket at home and then use it.

There is also another practice – instead of printing it, you can upload the picture on a mobile device. After getting on the train, the conductor scans the barcode on the image from the screen with a special reader and you are ready to hit the road. This could be the future of a paperless ticketing system.

It is common knowledge that the majority of 2D barcodes offer “error correction levels” based on the Reed-Solomon check algorithms. It is the same with Aztec code. Error correction levels can be customized by the user and the range is quite impressive – from 5% to 95%. Of course the higher the level is, the denser your code will become. This would result in difficulties while scanning. The most appropriate error correction degree is said to be between 20% – 25%.

Talking about scanning I should mention that Aztec can’t be read with mobile phones and that is one of the main features that differentiates it from the QR. A special two-dimensional imaging device like a CCD camera is required. Undoubtedly, with the fast-growing high-tech world, mobile scanner for Aztec will be created too. Currently there is one, but it is particularly for iPhone/iPod devices and is still gaining speed. If you have an iPhone/iPod gadget and also have such a reader installed try to scan the avatar of the article and see what will happen.

As you can see from the long sequence of articles about barcodes, they are numerous and each one of them is one-of-a-kind. Aztec code just one of the many 2D symbologies that is used and accepted over the world and that makes our lives better.