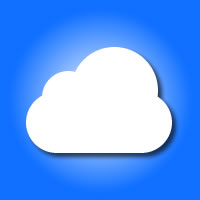 For understandable reasons in the technical world the term cloud refers to anything that is distributed or used through the Internet. However in the recent years the collocations “cloud computing” and “cloud based services” started gaining more and more popularity, especially when it comes down to file storage and management systems. Probably names like DropBox, iCloud and SkyDrive make the picture a little bit brighter, but they are going to be discussed later in the article. Before going to these modern and really useful file sharing cloud based services, let’s take a closer look at the evolution of the file sharing as a whole and its different levels for the last decades.

Floppy disks. Probably most of you weren’t even born in the 70s when these were in fashion. “1.44 Mb storage capacity?!? My profile picture is bigger than that, man!” That is totally right, but back then 1.44 Mb were way enough for caring mostly text documents. What followed the floppy disks were the Compact Disks and after that – the DVDs. Much higher data capacity, preserving the information for longer but with one big disadvantage – most of the CD and DVDs weren’t rewritable and in the end of the day you end up with endless piles of plastic disks, some of which you had used only once. That was what made Flash drives, known also as Flash memories to come on the stage. Nowadays everybody that uses any computing device on a daily basis has at least one flash drive. They are small, portable, rewritable and with high-data capacity – perfect for storing and exchanging any type of files and information. They even made a revolution in the computer producing industry – more and more laptops are now being designed and manufactured without CD-drives. Not to mention the new class of ultrabooks and tablets devices that are extremely thin and a CD or DVD-ROM simply doesn’t fit. Software producers like Apple Inc are also supporting the wider replacement of the Compact Disk with Flash Drives – they ship their operating system on Flash Memories. So far so good, but there is one thing that is now and will continue to change the picture again – multidevice users. Agree with me that it is really annoying to transfer your presentation for tomorrow from the PC to the laptop, or manually distributing the new song you downloaded to the smartphone, the tablet and the laptop by flash drive. That is where the next step of the evolution comes – the so much talked about cloud based file sharing systems! Actually they have been around since a long time ago but what is really new and has been gaining popularity among the users in the last year or two is the constant synchronization between multiple devices and the ability to share files with other users directly in the cloud. No more problems with the size restrictions in the e-mail attachments, no more physical memory holders. Just like the flash memory replaced the CD in our everyday life, now it is only a matter of time for the cloud based services to replace the flash memories! 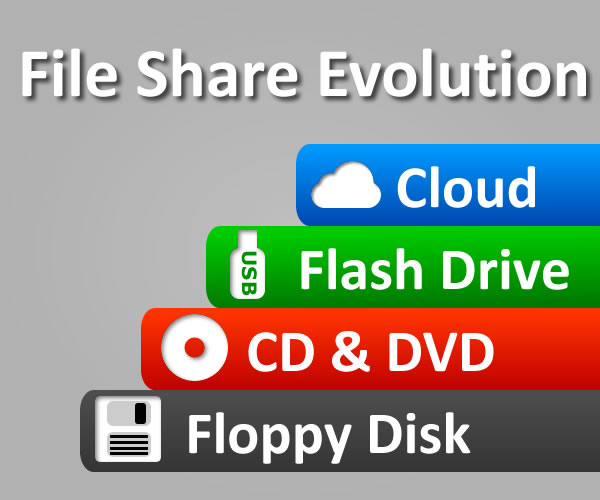 The Evolution of the File Sharing

Of course there are far more cloud based file sharing services but these are the one I chose to show you. the iCloud might also find a place here, but I have already written about it in a previous article. The basic concept behind the three upper-mentioned “guys” is the following – you are making an account in their system and they give you a certain free storage space. But as I said, it is not all about only entering your virtual warehouse and filling it. Faster access, better management and constant communication and synchronization between the devices are the key factors that make the users adopt cloud based services. Although you can manipulate your stuff through a Internet browser, there are native applications as well. The main idea is that once you upload something in the cloud or in the synced folder of one of your devices it instantly appears on the other devices. Start your report on the PC and finish it on the laptop in the public transport, on the way to work. Download a movie on the laptop, start watching it, pause it to do something else and then continue it on the tablet, if the laptop is already unavailable for use. That is exactly and the main concept of the multimedia ecosystem of Google, powered by the cloud based device Google Nexus Q. What is more you can share files not only between your devices but with your friends as well (if they are using the same system of course). Some of the services like Google Drive and SkyDrive even allow its users to create documents directly in the cloud. Recently Google were reported to have acquired the company Quick Office – specialist in the office formats and document editing on mobile. Currently Google Drive is integrated with Google Documents. This gives slight advantage of the SkyDrive that is integrated with the Microsoft Office web apps. If in future Google improves the document management this might give them a substantial boost in the cloud computing as long as a lot of people have Google Accounts and use Gmail on a daily basis. This on the other side might make Microsoft do some upgrades, beneficial to the user – said with fewer words – competitions is a good thing. Prices are the another key metric that again shows Dropbox staying behind its competitors, despite the taken actions. In the beginning DropBox gives you 2Gb free cloud storage space, Google Drive – 5 Gb and SkyDrive – 7 Gb. If you want to upgrade these numbers to 100 Gb, Dropbox will price you at $99 (a few months ago it was $199), Google Drive – $60 and SkyDrive – $50. 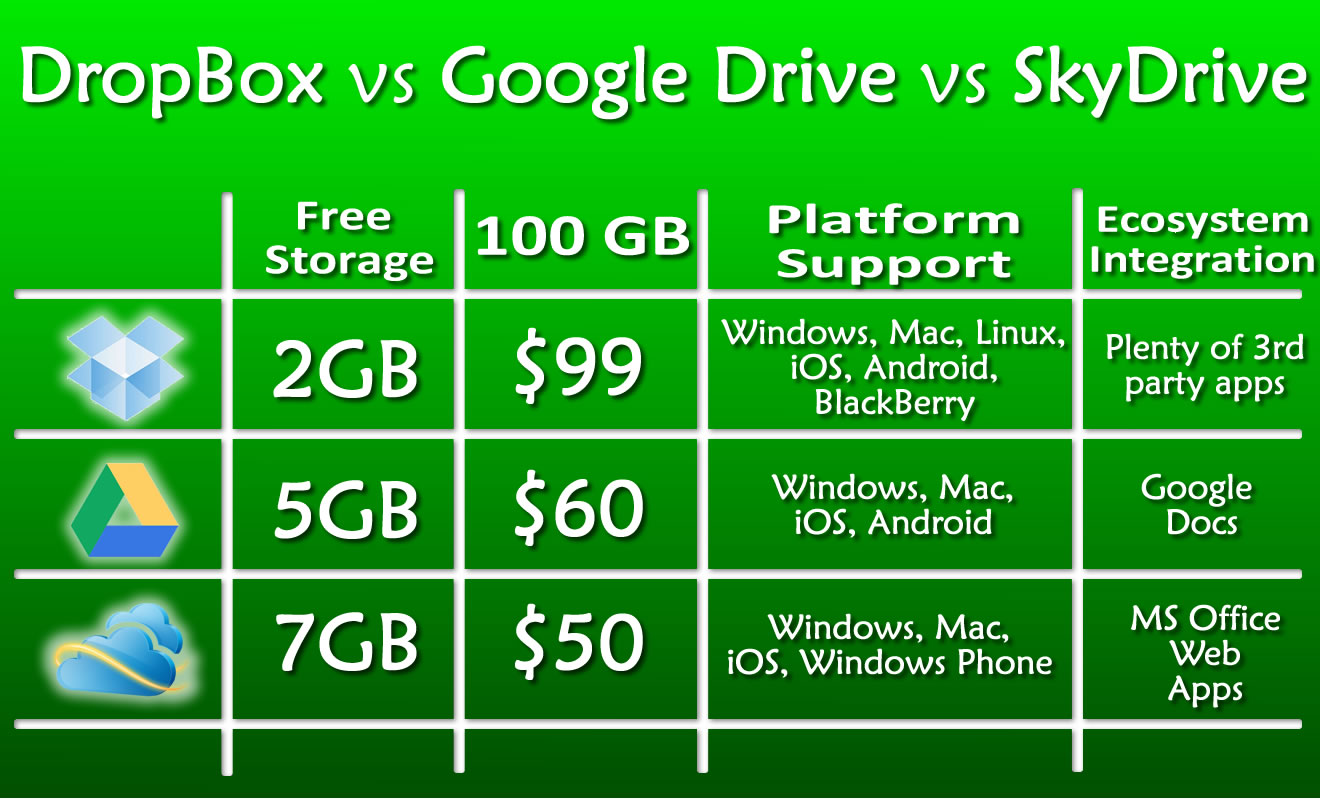 As you see technologies are developing and constantly replacing each other. Currently there are numerous cloud based file sharing systems on the market so it is normal to be confused which to choose but with Google, Microsoft and Apple on the stage, things become little bit harder for the other cloud providers. Cloud computing undoubtedly will change our lives in the next few years like all the previous gadgets did, but the question is what will follow after that, what hides behind the corner?