Home » Digitalization – the Future of Medias

Digitalization – the Future of Medias 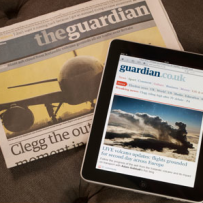 Has the way you read/watch the news changed in the last years? I’ll be surprised if you say “no” because it was just a decade ago when the first digitalized versions of press editions were brought to the world. The process of digitalizing, also known as digitizing, is the transformation from analog to digital signal, or turning everything into 0s and 1s. The binary representation of a data makes it manipulable from computers and makes it shareable in the global web.

The digitalization process nowadays mainly concerns newspapers, magazines, radios and TV programmes. People who adopt it are undoubtedly favoring at least one of the benefits, listed below:

• Their media engages wider audience;
• The publishing method does not require much efforts and funds;
• News reach people faster;
• Digitalizing helps preserving not only old and invaluable historical archives but sentimental family video records as well;

Thanks to the extremely high internet and mobile connectivity more often we prefer to search information in the virtual space, not in books or from other paper sources. This habit appeals mostly to people who lead a hectic lifestyle and barely have time to buy the daily newspaper. A less lingering practice for them is to read it online through their smartphone or tablet. There they would find what they are looking for much more easily and quickly.

Digitalizing turns out to be advantageous for the local medias more than for the national ones. If we have a newspaper, let’s name it “NY” and it is being issued only in the state of New York, it will be available only for the residents of this particular state. What is more, if I am a New York citizen and I go on a vacation in California for 2-3 weeks, the chances to receive the newspaper are quite minor and I will be kept in an informational eclipse for those 2-3 weeks. Rather inconvenient, isn’t it? But if this particular “NY” newspaper creates its own site or application, accessible through the internet, it will not only keep its local regular readers but will attract others from different states, or even from the whole world. 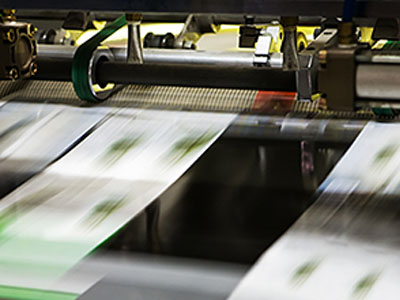 You might have seen one of those big printing houses, with “fresh” newspapers and magazines dashing on their fast-going assembly lines, huge ink containers and complex machinery and software. Does everything have to be so complicated and money-demanding? What if all the periodic publications jump into the digital world of zeros and ones? Advertising – the most profitable sector in the publishing industry won’t be diminished – there are virtual banners and commercials which are even said to be watched by more readers. To continue with the inevitable alleviation. Expenditures will drop significantly. The immense printing factories will remain in the past. Computerized publishing systems are so simplified that journalists are able to release their articles alone, from the office or from home. Digitalizing is beneficial even for the nature. With less people buying press journals and magazines more paper, and respectively trees, are saved.

Moreover digitalization makes the spreading of news much faster. Regular editions of a newspaper are usually brought out every morning. So what if something important and unexpected happens at 2 p.m.? You will have to wait until the next-morning issue is published or watch the evening news broadcast. Ok but can’t news be announced and reached by the readers at any moment? As a result everybody will be much more pleased with the prospective to learn details about an incident or an event literally half an hour after it happened, not on the next day.

Apart from the process of modernizing and reaching wider audience, digitalizing serves as one more thing. 30 years ago there were no CDs, hard or flash drives. Everything from music to pictures and videos was recorded on magnetic cassettes and tapes. The main disadvantage of these storage “devices” was that with the time they lose their magnetic features and the kept information is becoming partly damaged or completely lost. If it is you on your holiday 15 years ago you will digest it, but when talking about historical archives, their loss can be really serious. Thanks to special devices that transform analog into digital signal we can now see recordings from the WW2 and even before. It is amazing to see such historic moments the way they were. It is also useful in a personal plan. It will be great one day to be able to show your grandchildren your wedding, or your first steps.

With the above-mentioned facts and examples I believe I convinced you in the importance of digitalization. With the recent boom in the mobile technologies and the higher mass-usage of smartphones and tablets there is a principle in the media field – “be digital or die”. Of course this was a joke but what is true is that if you want your newspaper, magazine or radio to survive and even become more successful you have to abandon or at least partly substitute the old paper-based variant.