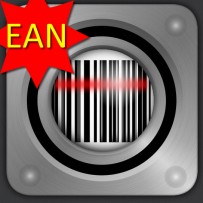 EAN-13 is a one-dimensional barcode standard which is widely used all over the world as product identifier at the point of sell. EAN stands for European/International Article Number but it can be also found as GTIN which means Global Trade Item Number.

When introduced in the USA in 1973, the UPC standard wasn’t meant to be used globally. That is why the countries from the European union in 1977 used the UPC encoding algorithm and introduced the EAN topology. The concept is absolutely the same, the only difference is in the numbering system. Instead of 12, EAN codes use 13 digits and instead of 1, they use 2 or 3 digits to denote the country where the item was produced. For example from 00 to 13 represent the USA and Canada, from 40 to 44 –  Germany and so on. Often EAN-13 is classified as a superset of UPC, because every Universal Product Code is basically an EAN code with an additional 0 in the beginning. Unfortunately machines that read EAN codes were able to read UPC codes but not vice versa. That is why a global initiative was started in 2005 that made North America, Australia and New Zealand accept the EAN -13 standard alongside with the UPC, in order foreign producers to be able to sell their goods in these regions. The world slowly adopted the EAN as an international barcode standard and uses it for product identification at the point of sell and. That is why it is also called GTIN.

The EAN barcode on the right, created with our EAN barcode generator – EANEncoder, shows that its structure is just like one of the UPC:

However the global nature of EAN barcodes leads to a strict hierarchy when it comes down to key and article assignment. The International Article Numbering Association, placed in Belgium, gives every registered country an unique prefix (the first two digits). Once a country gets its code, its starts maintaining its own EAN code database and has the authority to give the manufacturers located in it their keys (the next five digits). Once a producer is registered and is in possession of its key the pattern repeats – every manufacturer has its own barcode database and the authority to assign its product any item key from 00000 to 99999. The last digit of an EAN barcode is the check digit, which just like in the UPC, tells the scanner whether what it has just read is accurate. Here is the other “visual” distinction between an UPC and EAN code – the check digit is not outside but inside the vertical bars.

Since the main concept is identical, add-ons for EAN barcodes work exactly the same as for UPC. Below there are two EAN barcodes created respectively with EAN-5 and EAN-2 add-ons with our universal barcode generator – BarcodeEncoder. Again what should be carefully considered is that add-ons work fine but only when attached to a functional barcode and not alone. The EAN-5 is primary used for assigning the price tag of an item. The first digit states the currency and the other four – the price multiplied by 100. For example if the key is 10259 this means that the product costs 2.59 GBP. If the key ends on 9999 then the product costs wither 99.99 or more. The other EAN add-on has only 2 digits and is usually following and ISSN code. The last one is International Standard Serial Number and is an EAN-13 code beginning with 977, followed by an unique 8-digit number and an EAN-2 add-on. The ISSN is mainly used in the publishing industry for the identification of published or electronic version of a periodical.

EAN-13 barcodes with EAN-5 and EAN-2 add-ons, generated with EANEncoder

All the barcodes you are seeing in the article are in raster image format – PNG but when working with barcodes it is more than credential to use vector images. Most of the barcode software, including our barcode generators – EANEncoders and BarcodeEncoder support EPS (a vector image format) export. Very often a manufacturer needs the same EAN barcode but in different sizes. If bitmap image is used this might lead to loss of quality of the image and consequently – loss of information from the code. With EPS files this is not the case.