Home » Flash is Dead and Gone from the Mobile Market!

Flash is Dead and Gone from the Mobile Market! 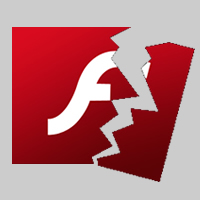 What has been going around the web for the last year and what became obvious at Google I/O 2012 was the fact that Flash is slowly leaving the mobile market (some argue whether it had ever entered it). Of course it won’t happen as fast as you think but the cards are already down on the table – there is no Flash support in Android 4.1 jelly Bean. This might sound a little outdated but something more fresh is the fact that Adobe removed the Flash player app from the Google Play Store a few days ago. It was just the next pinch of salt in Adobe’s wound that only consolidates the inability of Flash to gain the same fame as in the PC sector. Looks like the Flash vs HTML5 is finally and officially over, at least on the mobile market.

No flash support in Android 4.1 and Removing the Flash Player from Google Play – What a “Surprise”!

The removal of the Flash player from Google Play doesn’t mean that Android users won’t be able to use it any more. For those who have it already installed nothing will change but those who are currently purchasing new Android devices it won’t be as easy as going online in the store, downloading and installing it like before. The version of the operating system is also a key factor – Android 4.1 Jelly Bean has no Flash support. Luckily for the users, the JB-powered devices represent only 1% of all the Android smartphones and tablets. Nearly 60% are held by 2.3 “Gingerbread”, 17% by 4.0 “Ice Cream Sandwich” and around 16% by 2.2 “Froyo”. Practically everything that is below 4.0, including 4.0, can run Flash untroubled. If the user eventually decides to upgrade his device to 4.1, Flash’s behavior is said to be strange and unpredictable. Put bluntly – Flash is no longer available for the next generations of Android users, but the effect from this will be felt only in the following one and a half – two years. From Adobe have promised to release updates for the people who continue to work with their product, but this will happen in the distant future – September, 2013. Seriously guys, seriously?!? Take into account and the ratio of given promises/realized promises of Adobe for the last 4 years and you might reconsider you priorities (if you haven’t already done this).

Do any of those events really surprise you? Probably no because nowadays there isn’t anything for mobile devices that can’t be done in easier way. Flash Player? Nowadays the most popular video sharing networks like YouTube, Vimeo, Facebook and the sites of the leading world medias are providing videos and information not only through flash player, but through HTML 5 and the less power-consuming h.264 decoder. This makes them more mobile friendly and flash-free. Interactive Flash sites? With the combination of HTML 5, CSS3 and Javascript you can achieve pretty much the same results at the cost of less money and resources. Moreover all the languages in the previous sentence are open standards, not proprietary like Flash. Apple have even developed their own open-sourced rendering engine called WebKit. It is really widely spread and used by developers, creating apps for many different operating systems. Flash applications and content? Well only in the AppStore there are more than 600k applications and 50% of them are games. More than half of those 300k products are Free. Numbers talk for themselves. The situation in the Apple App Store is similar. This makes the flash applications remain exactly where they were created – in the PC era. For the Flash maniacs (I doubt there are any left) there are options, like the Adobe Air, for development of mobile apps but it is not a one-click procedure.

Apple were first, the others followed – it was only a matter of time.

Steve Jobs and his predictions about Flash were right!

It is a common knowledge that iOS devices have never supported Flash. Actually this was one of the main “drawbacks” of Apple’s mobile operating system, according to Android fan boys. The question is whether it was really a drawback? Definitely NO for two main reasons! First if it was a drawback, why Android OS is now removing the Flash support in its latest version and is being more and more tolerant toward the new web technology – HTML 5, the main competitor of Flash. Second, probably most of you have heard or read the famous article/letter of the late Steve Jobs – Thoughts of Flash. There he expresses profoundly why iOS still hasn’t and probably will never adopt Flash – because it was never designed for touch interfaces, and it was the touch interface that made the iPhone revolutionary product. But believe me, the “touch” matter is only the beginning of the list of reasons. The battery drainage caused by the Flash Player and the more efficient upper-mentioned H.264 decoder that is available in most of the contemporary smart devices. The numerous security and performance issues that Adobe were promising to fix and improve for every new set of devices but eventually nothing happened at all. The fact that from Adobe wanted applications to be written on Flash for the iOS platform. This was the final drop that made the cup overflow. Obviously from Apple are not OK with the idea someone else to stand between them, the developers and the users. Who actually would be OK with such term? All in all Flash has never been alive on iOS. It has lived for a while on Android but is now only in the history. As they say: “Flash is dead. Long live HTML 5 and H.264!”