Home » QR codes and their place in our everyday life

QR codes and their place in our everyday life 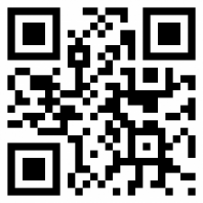 What represents the picture on the left and how can it be useful to you? Unfortunately not many people know the answer of this question. Well this is a QR code (where QR stands for Quick Responsive). It is two-dimensional barcode that uses square grid pattern to encode data and works like the worldwide-known zebra-striped barcode, but only better. To start with its greatly expanded capacity – it can store huge amounts of all types of symbols, not only numeric. Moreover you do not need any kind of complex laser scanner to decipher it – just a mobile device with a camera and a QR reader installed on it. Developed in Japan in 1990, it was mainly used in the industry, where products had to be adequately scanned on the fast-going assembly lines. In the recent years QR code broke its industrial frame and entered our everyday life, becoming one of the most powerful marketing implements, mainly because of its ability to connect physical objects with online digital content.

Despite that QR technology is innovative and has many great features it is strongly distrusted by the general public. A survey was recently conducted in 24 universities where more than 500 students were shown a simple QR code. According to the results only 20% of them knew what it is and only half of these 20% had positive impressions. Taking into account that the target group of this survey was made of people who interact with modern technologies on a daily basis, we can predict that in future the popularity of the Quick Responsive code might be strongly diminished. It is common knowledge that most of the people feel reserved to new things because it is hard to accept anything new if you are used to the old one. So what is the key? The key is in making them believe that the new thing (the QR in our case) will only alleviate their lives. Think about it. Everything that has been neglected in the past is now inevitable part of our daily routines. To start with the mobile technologies, the e-mail, social webs – all these changed the world immensely. It is the same with the QR.

Recently more and more commercial titans have put the QR code in their marketing toolbox. You can see it almost everywhere – on public events, in magazines, on the TV, even on the box of cereal you bought from the market. With all this buzz around its mass adoption, people’s interest is raising. According to specialists the majority of users are getting used to the Quick Response code more and more. As a result the last will integrate in our lives deeper and its capabilities will be fully explored. If you think about the full scale of the QR code you will see that it is not only a black-and-white square grid which is just a link or source of information – it is something that gives you the opportunity to stand out of the crowd, to be modern and original. I can give you brief examples of tendencies that are now gaining speed:

1) Discounts and coupons. You are shopping at the local market and when it is time to pay at the cash desk you notice a QR code with a label: “Get 30% discount!” Who won’t point his telephone to it? After scanning you receive the discount but something else also happens. The encoded information in the code tells your phone to retweet a message in order to promote the market. As a result everybody is happy – you for receiving the discount and the store for the advertisement from your profile in the social media. It is very effective approach of keeping your clients satisfied and in the same time attracting new ones. 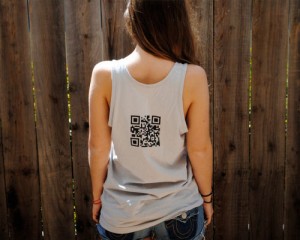 2) Human Interaction. As you know the first step in a relationship is the hardest, especially if you are shy. Well that might not be a problem any more. Imagine that you are sitting at a disco club and an attractive girl/boy is in front of you, wearing a T-shirt with a QR code. Below it there is an inviting and provoking text saying “Scan me”. Mysterious and at the same time intriguing, isn’t it? After scanning the code you land on her/his facebook page, get familiar with her/him, write her/him and eventually, if you are lucky, everything might end up with appointing a date. Easy as a piece of cake! Read more about QR codes in advertising.

For the moment there are about 500 000 000 smartphones over the world and the figure is only going to grow. This draws very bright perspectives because as long as the smartphone market expands there will be bigger stage for the Quick Responsive code. Merchandising, social medias, public services, how-to videos, even calling a taxi could be in the numerous list of activities that will go on a totally new level. Moreover the telephone-producing giants install QR readers on their devices as part of the firmware. Thus users don’t have to use third party software in order to read a QR. The scanning process becomes easier which is supposed only to stimulate people to use the square, two-colored links.

All these changes are only meant to improve our lifestyles. As a result we will be more informed, more sociable and more open to the advanced technological world. So next time when you see a QR code on a poster, in a magazine, on the TV or wherever, don’t pass it by – scan it, it might turn out to be useful to you. Read more about “What a QR code is?“