Home » Smartphone – Computer and Cell Phone in One!

Smartphone – Computer and Cell Phone in One! 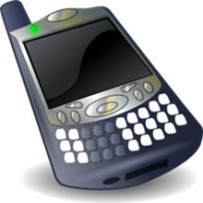 Did you know that 70 % of the world population possess a mobile phone? In 2011, over the world there were 4 billions of these devices and about 1, 08 billion of them were smartphones. Currently this figure is bigger and is growing with every second. More than 100, 000 smartphones are being activated every day. Sounds impressive but what actually is the smartphone and how it will affect our future?

To begin with some facts from the last 30 years. The first smartphone ever was released by IBM in 1992 and was called “Simon”. It was truly an innovation. “Simon” was defined as a “smart” telephone because alongside with the basic calling and SMS functions, it offered an e-mail, a calendar, a calculator, world clock and an organizer. Another distinctive feature was the lack of buttons. They were substituted by a touchscreen. You may say that it is nothing special, even the screen isn’t colorful, but you will be wrong. There no doubt, compared with the current mobile devices it is like an antique, but for the standards of the 90s it was definitely something modern.

So much with the historical part. I wanted only to show you that smartphones are nearly 20 years old and only lately they have become really popular and accessible by the average person. The key factor that led to this change was the technological progress. There was, and still is, a tendency the hardware to become smaller and smaller and at the same time – better working. If in the 80s a regular computer was as big as a whole room, nowadays a gadget that is 10 times more efficient can fit in your pocket. Moreover with the fast temps of development, if something is new and unobtainable “today”, it will be outdated and reachable “tomorrow”. Apart from the technological matter there is one more aspect that stimulates the mass adoption of mobile devices and it is the rivalry between mobile titans. Starting with the biggest – Apple, Android and continuing with Blackberry, Nokia. I am not going to fall into details about all of 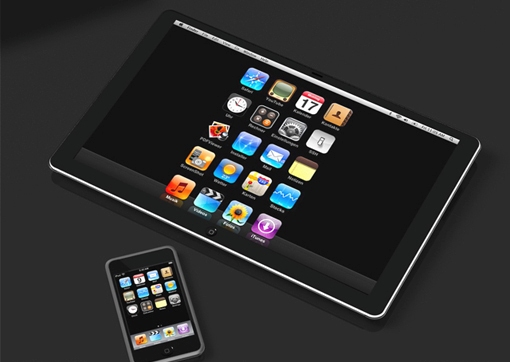 them, because one article won’t be enough. My point is that when there are opponents who are striving to conquer one and the same target group, everything is much more dynamic. Updates and new versions are released constantly, designs are becoming shinier and more eye-catching and all this is made to attract more clients. What is interesting is that the number of the companies, making their staff mobile, is growing. If they supply their employees with one and the same smartphone model they might benefit from some privileges. As a matter of fact in the end of 2010 more than 50% of corporations have gone mobile by deploying iPhones or Android devices in their everyday workflow. And it is not only smartphones – tablets are also gaining speed, but are still new to the general public. 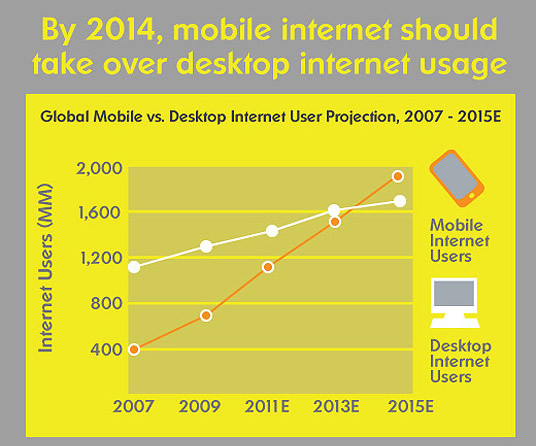 You probably remember how cell phones replaced the stationary ones in the past. Well it is said that the same will happen with smartphones and PCs. Internet browsing and socializing are the spheres where “mobile” will dominate over “desktop”. The combination of global 3G and 4G wireless nets and worldwide social webs like Facebook, Twitter and G++ is the turning point that changes everything. Below I represent you some statistical facts in order to crystallize your perception for the future prospects of pocket-sized computers:

All in all the smartphone isn’t a phone with many functions, it is minicomputer with the functionality of a phone. Undoubtedly it is something unique that, in contrast with the desktop PC, is always with you. Thanks to mobile internet access you are always aware and well-informed of what is happening or is about to happen in the surrounding world. To put it bluntly – the smartphone is the survival kit everybody needs in the vast and unpredictable urban jungle. Check out my next article which is about “Mobile data plans now and in the future“.