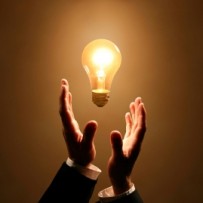 Mobilio has always been tolerant to its clients and has always valued their opinion, no matter if it is positive or negative. After releasing a piece of software we are constantly trying to to improve the product by fixing any occurred bugs. Our programs – QREncoder, QREncoder Pro, BarcodeEncoder, UPCEncoder and EANEncoder and all the others barcode creators – have currently been uploaded on the AppStore and are now awaiting their 1.5 versions to be unleashed.

According to our users’ reports there were some problems with encoding calendar events, MeCards and VCards in the QREncoder. After profound research the bugs have been spotted and removed. Furthermore a new feature is added in the 1.5 edition and it is not only in the QREncoder, but in all the encoders. Some of you might prefer to customize the design of their codes after creation. For this purpose, previously you had to save the code like an image and then import it in a graphical editor. Now you can just click on the new button called “Copy to Pasteboard”. As a result the image will be kept in the Pasteboard memory of the computer until you put it in Photoshop, Fireworks or whatever you use. Everything is easier, faster, smoother and with no unnecessary efforts.

Continuing with the innovations, new barcode standards are included in BarcodeEncoder 1.5. Aztec code, PZN (Pharma-Zentral-Nummer), GridMartix code and NVE18 (also known as EAN18) are the new members of Mobilio’s big barcode family. In the near future our developing team considers adding a few more symbologies, one of which will be Maxi code.

There is also a bug fix, specifically for the UPCEncoder, EANEncoder and BarcodeEncoder. I will talk about particularly about the EANEncoder. A simple EAN code requires 13 digits plus one additional, which is the Check-sum digit and which is generated automatically. In the 1.4 version if the customer entered, lets say 15 characters, the process of encoding breaks and the final product was an 1×1 pixel image. In the innovated releases this problem is not evident any more. We have programmed the software to operate only with the first 13 symbols and not to take into account what is after them. Errorless and efficient – that is the motto, coming along with the 1.5 versions.