Home » URL Shorteners – What are they Used For?

URL Shorteners – What are they Used For? 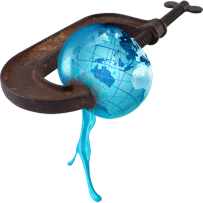 Have you ever tried to send or share a link from Google Images? You probably have and I am pretty sure that you have noticed the extraordinary looooooooooooong URL. This endless consequence of symbols and numbers can be a real eye-sore, especially in the social nets. Often, when posting an image as a comment on Facebook, its URL is bigger than the preview thumbnail of the image. This little inconvenience and a few more, described below, can be easily overcome by using a URL shortener.

Most of you who are Twittering perhaps know what it is all about. Before the birth of Skype, Twitter or Facebook, E-mailing was the most common way of communicating virtually. OK, but some of the mails weren’t very clever. If you had a link in your letter that can’t fit in a single row it just broke and became useless. Almost the same problem could have been experienced with Twitter 2 years ago. There was (and still is) a character limit and when you try to tweet an URL with, let’s say, 300 symbols, everything after the 140th is neglected and what you sent is half link. Of course not all the URLs are so ENORMOUS. Some of them might be 100-150 characters, but still such a string doesn’t leave much room for any additional text or comment.

In September 2010 Twitter bought the domain t.co and represented their innate URL shortening service. Now every link, that is published, no matter of its size, goes through that service and is wrapper by http://t.co. Two things are achieved in this way – higher security levels, as long as Twitter checks every URL that is shortened for malware, and statistics about how popular different links are. In order to satisfy their users, Twitter are not showing the shortened version of the ULR but a small part of the actual link. Thus when someone opens his profile he doesn’t read tweets only with mundane and incomprehensible t.co domains like http://t.co./tpF0ObbP. By seeing some meaningful word he is also able to understand what the link is all about.

But let’s leave Twitter and its t.co aside because it and its analytical data can’t be accessed by the average user. If you need a URL shortener to compress a link for a SMS or anything at all there are many options but the most popular and most used ones are goo.gl and bit.ly. What these two “guys” basically do is providing the user with the same result, the same landing page and at the same time saving space, which sometimes can be severely limited. URL shorteners are able to take a string with up to 400 characters and to reduce them to 20. It is like having 100 folders with documents and putting them altogether in a single standard suitcase.

Furthermore, less space consumption is not all you get. Goo.gl and bit.ly provide its users with profound statistics about the shortened link. How many clicks, how many referrals, how many times shared, posted of tweeted – all that can be shown. It is a great way to gather some data for a research or a project.

Some would say that they are unwilling to click on a URL that has unknown final destination. Well that is one of the main disadvantages of the shorteners – they give you more space and statistics but they also mask the real link. This makes it obscure and many people abuse with that fact. Luckily bit.ly has an answer for that. When you see a bit.ly URL and want to check it before clicking, simply copy the link, put it in the address bar and add a “+” in the end. What you are about to see is the statistical page of the shortened link where the long version and many other things are present. If you want to ease your target group even more you can because every string that is compressed can be customized. The randomly generated letters and numbers can be replaced with a few small keywords. Hence the URL becomes more inviting, aesthetic and used-friendly. 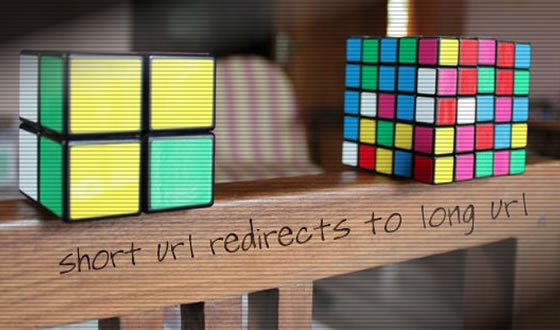 URL shorteners are not used only while sending or sharing stuff. They can be perfect tool if you are dealing with QR codes. For those of you who don’t know, QRs are type of matrix barcode that can encode links and that can be scanned with mobile phone. The point is that the long the URL is, the denser and more detailed the code is. This respectively makes it is harder to be read. Check out the two QRs below. The second one looks much better, doesn’t it? If you are interested about the QR codes, more can be found in my first articles.

So far so good. Short, reviewable and safe links, small and readable QRs, everything sounds great! But what happens if we add SEO in the picture. A few years ago there was a huge uproar that URL shorteners would diminish link quality and would be a real disaster for the link building, which is crucial for the Search Engine Optimization.

Fortunately 301 permanent redirect was (and still is) there to save our day. It tells the bot or the crawler that goes through a shortened link, to attribute the SEO metrics like DA (Domain Authority), PA (Page Authority) and Anchor text not to it but to the final URL. Nothing waslost from SEO point of view and bit.ly and goo.gl continued to be on the top. I am not mentioning Twitter and its t.co in this paragraph as long as all the tweeted links have “nofollow” attribute and therefore are worthless for the so called “link juice”.