Home » What is NFC or Near Field Communication?

What is NFC or Near Field Communication? 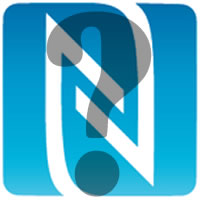 “Tap” as an inviting action might soon replace “scan” and “click” in the numerous posters and virtual banners that say to the user: “Click me!” or “Scan me!“. By tapping I mean physical contact between your device and the so-called NFC tags and NFC-enabled objects. As some of you might already know NFC stands for Near Field Communication. It is a technology that works on very short distance – from few millimeters to 4 centimeters – and can provide whole new security levels in data transfers, whole new marketing approaches and a whole new user experience.

NFC in a nutshell.

NFC has more than 20 years of history but it actually started gaining popularity in 2004 when Nokia, Philips and Sony established the Near Field Communication Forum and especially since it was integrated in the smartphone market (2010 when Samsung announced the first Android phone with NFC – Nexus S). But what is it actually and why there is so much buzz around it? The most important thing about NFC is that your device has to have a specific chip installed. Thanks to this chip your phone/tablet will be able to establish instant connection to another object/tag/device that is also NFC enabled. And by instant I am not exaggerating because it is a matter of second or two for the two chips to engage and exchange information. Of course this will happen only if you have turned on the NFC-build-in function and the distance is appropriate. Probably a brief example would clarify the concept. You might be one of those Foursquare fans that are striving to keep their mayorships and are constantly checking-in. A normal check-in takes between 20-30 seconds and it is kind of impolite instead with a greeting to meet your friends with the words: “Hold on a second till a check-in“. In the context of Near Field Communication if there was a NFC tag at the door or on every table in the cafe just tap it with your device and it is all done in a second. It is not only Foursquare venues, but URLs, contact details, plain text, coordinates and even discount coupons. Putting NFC tags on business card or using it as a marketing tool is original and can really impress the customers who sees it for the first time. The only problem is that for the tags, described above, special NFC chips are required and the last ones are still not very accessible. Hopefully this will be overcome with the time. 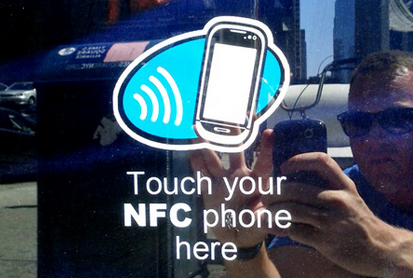 This is how a NFC tag looks like from the outside

Furthermore Near Field Communication can be used not only for device-tag but for device-device engagement as well. Android Beam service is a good example of how phones with NFC can share digital content. They can also be connected to another devices like Speakers, headsets and monitors that have the necessary chip and are Bluetooth enabled. Another example of how Near Field Communication technology works is the media player Google Nexus Q that connects and updates the content of all your devices and at the same time uploads it into the cloud. For instance you are watching a movie on your PC but your mom has to use it. Pause the film, take your Nexus 7 tablet, touch the Nexus Q with it and finish the film. Tap and enjoy. Digital content sharing and device synchronization have never been easier.

Your phone is your wallet!

The short distance of data transferring supposes high levels of security and that is why NFC is, or will be in the near future, manly adopted as a way of setting your bills. A project of this kind that was brought to the world at Google I/O 2011 is Google Wallet. It is a virtual service with which you store your credit card details on your device and later can make mobile and contactless payments. No more plastic card. This, integrated with Google Offers and its coupons and discounts can result in an efficient and very beneficial for the user system. All you have to do is take your smartphone and tap the NFC-enabled terminal that performs MasterCard PayPass or Visa transactions. In certain situations mobile paying by NFC can be really alleviating. If you decide to go to the cinema without any reserved seats instead of lining at queues for tickets just tap the specially designated place at the entrance of the projecting hall and buy your tickets in second. With Near Field Communication everything is easier, faster and secure of course. 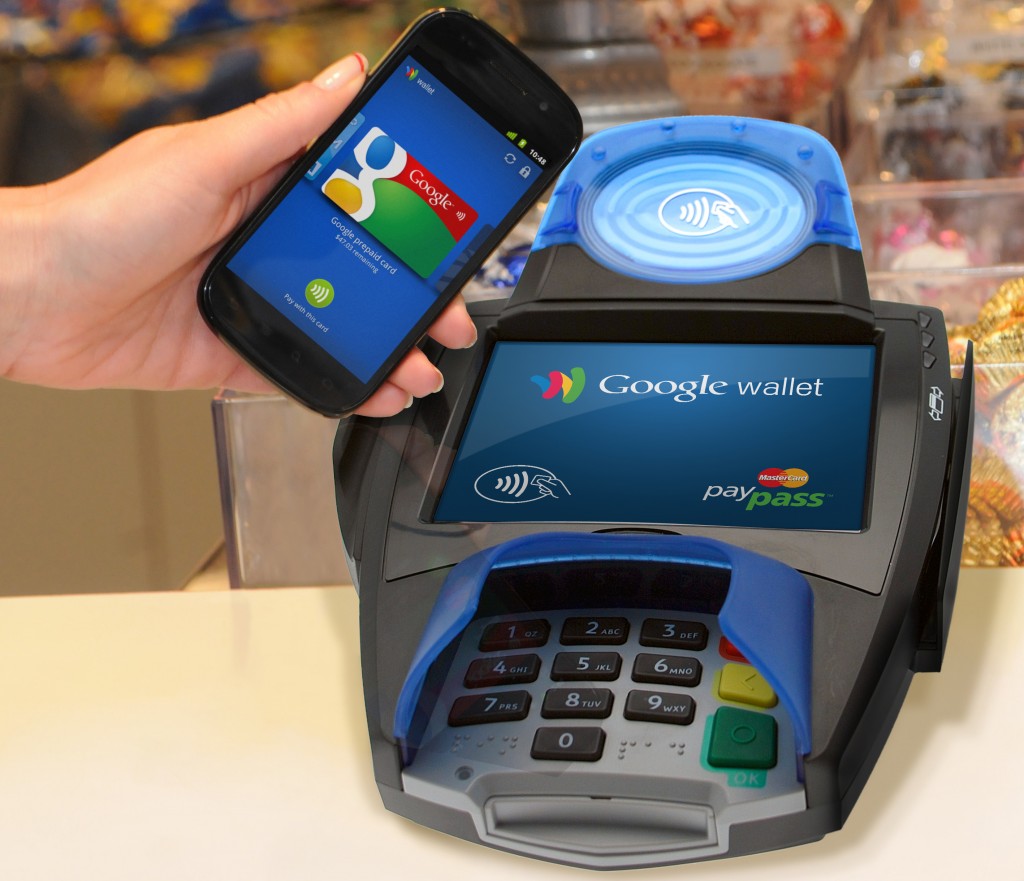 Paying with Google Wallet at the cash desk

Who is adopting the Near Field Communication Technology.

Although NFC is still new for the general public it is being adopted more and more. Some of the  technological giants have even started to build the connectivity in their ecosystems on the principles of Near Field Communication. Microsoft announced X-box 360 and their new Surface tablet that are NFC enabled. The future Windows 8 phones are believed to follow this trend too. Google have introduced the Android Beam with the Ice Cream Sandwich a year ago and this year, only 2 week ago, with Jelly Bean they represented a few new options like pairing with peripheral devices through NFC connection and sending pictures, videos and music. Blackberry, Samsung, Nokia, Motorola, LG and HTC have also introduced phones and tablets with NFC. Here is a list of all the devices that are currently modified for this type of communication. For the moment only Apple are staying behind but there are rumors that in the iPhone 5, which is expected in the late summer, there undoubtedly will be a Near Field Communication chip. A new service is said to be developed called “iWallet”. It hasn’t been officially announced but if you give it a thought Apple won’t let Google and the Google Wallet to take the lead in the mobile payment  sector just like that. 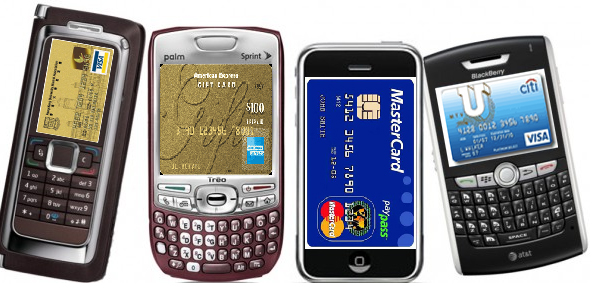 Near Field Communication Technology is being more and more adopted.