Windows 8 and Its Metro Style Interface 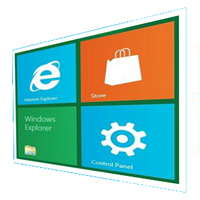 In the context of the latest 90-day both developer and user trial version of Windows 8, the distribution of the OS to the manufacturers in the first week of August and the approaching official October release, parallel with the Surface Tablet, I have decided to write an article about the Microsoft’s new tile-looking baby and it prospects for success. Currently more than 85% of the mobile market are held by Android and iOS combined and the most probable candidate for the third position is exactly Microsoft with the rather humble 6%. This of course is in a short-term plan. If we look a little bit further in the future some experts predict that it is really possible for Windows Phone 8 to conquer nearly 20% of the market. The question is whether the new cross-platform OS with Metro style interface is capable of this or not.

A little prehistory and basic concepts of windows 8.

After Windows Vista that was defined as a fail came Windows 7 that was the “Improved Vista”. The same was the situation with the successful Win XP and the previous Win 2000. That is why some started joking that now it is the time for buggy Win version and the next one would be the better one but things are now quite like that. Actually Microsoft have put and are continuing to put a lot in Win 8. Although the average user doesn’t like new things there will be many changes in Windows 8. Profound redesigning and new outlook – both Metro style and Desktop style, something I will refer to later in the article, functionality and performance optimizations and most notably – removal of the fundamental Start button. It is normal to be confused and even to hate Windows 8 at first but only after a few weeks you will get used to it. It is like the cultural shock (maybe shock is a little bit exaggerated) that the user goes through when switching from Win to Mac, but this time it is from Win to Win Metro (Feel the Irony). The fact itself that there is such a shock means that Steve Balmer, CEO of Microsoft, and his team have found that the key to success is the innovation – don’t upgrade the old, create something new! The interface of Windows 8 is extremely intuitive and easy-to-navigate (particularly the touch oriented Metro one). There are some basic gestures like touching the bottom left corner for the home screen, tapping the top left corner for the last used app, dragging the left side of the screen for seeing all the running application or dragging the right side of the screen for accessing options like search, share and others. As long as the desktop interface is concerned is resembles the Win 7 design, but again with no Start button. Microsoft are even taking up something like an initiative for wider and easier Windows 8 adoption – if you buy Win 7 between 2 July 2012 and 31 January 2013 you will be able to upgrade to Windows 8 only for $15. Otherwise if you already have a Win 7 or XP installed then a Windows 8 upgrade will cost you $40 which again is a bargain. 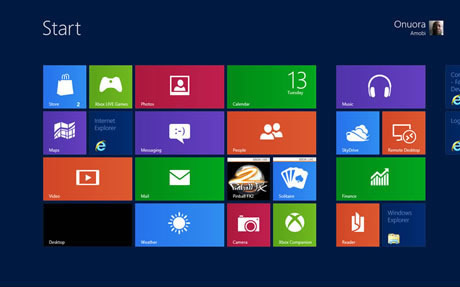 Tiles are the new windows – apps, people, services – everything

Currently there is no second thought that Microsoft, mostly with their Win 7, are dominating the PC market. On the mobile field things are quite the opposite. The leaders, as I said, are Android and Apple and Microsoft are staying behind, a lot. That is why they will officially give birth to their hybrid in the late October – Windows 8. Why I define it as a hybrid – because it is basically a combination, an operation system with two modes – the all-known desktop outlook and the Metro based, touch oriented one. That is where the innovation comes in. While we all know the desktop interface with the icons, windows and taskbar, the Metro based design is totally different. Actually it is not very right to name it Metro any more as long as Microsoft are considering to abandon this name due to problems with the German Retailer Metro AG, but that is a totally different matter. For now we will still call it this way. So the Metro design is composed of the so called tiles that represent applications, people, services and pretty much everything else. It can be browsed and used both with fingers and with peripheral devices (mouse and keyboard) but the touch approach is what it was specially designed for. Obviously Microsoft have started thinking one step further than their competitors. Why? Because Windows 8 RT that will be the OS of Microsoft Surface Tablet is a cut down version of the full Win 8. What is more in September Nokia are rumored to announce a new smartphone that will be running Windows Phone 8 – a cut down version of Win 8 RT. So “in the end of the day” there is a whole ecosystem that runs on pretty much one and the same os – Windows 8 and uses one and the same tile-based design language – Metro. What is the benefit from that? Huge, both for users and developers. By having devices and computers that use the core of one and the same operating system this means that one and the same apps can run on them all (with some slight alterations of course because of the switch from touch interface to mouse-and-keyboard interface and the difference in hardware specs). This compatibility is only partly available in Apple’s OS X and iOS (I am not even mentioning Android as long as they are only mobile). Furthermore Microsoft said that they would release special Windows 8 developer’s framework called Jupiter with which all the application, already written for Windows Phone on Silverlight will be easily converted and optimized for Windows Phone 8. The big question here is will all these innovations and cross-platform products give Microsoft a boost, strong enough to win a decent place in the mobile market? We are only about to see in and after October 2012. We should also not forget the tablet sector where Microsoft have their representative too – The Surface Tablet. 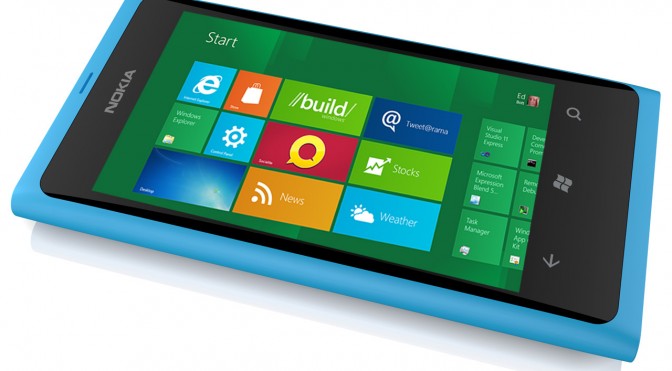 Nokia is rumored to announce a Window 8 phone in September