Home » YouTube App Won’t be Available in iOS 6 by Default!

YouTube App Won’t be Available in iOS 6 by Default! 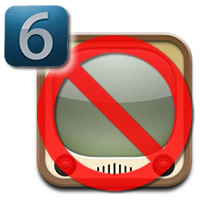 For good or for bad the home screen of the next generation of iDevices will never be the same – the native YouTube application will not be available in iOS 6 – that is what became obvious with the fourth beta release of the operating system. The announcement found its place among the hottest tech news in the last few days and has been buzzing around the web. At first the reasons were unclear but later Apple has officially responded that their contract for including the YouTube application in iOS by default has simply ended and they are not considering resigning it. Obviously Apple and Google, who are the two main dominators on the mobile market, are slowly moving away from each other and from the yesterday’s friends have become the today’s rivals. But let’s take a closer look at the details that brought us here and what would be the pluses and minuses from a prospective Apple – Google “divorce”.

Who is winning from this move – Apple or Google?

Both of them! If you are an iPhone user you certainly know that the current YouTube application is not who knows what. Actually let’s be honest – it is awful and many users have even disabled it because when they click on an YouTube URL, even if they want to watch it in Safari, the application opens by default. Since it was created 5 years ago from Apple (contrary to any logic) hardly anything has been changed. On the other hand the application for other mobile operating systems, like Android, has seen some quite big improvements and modifications. Even the web app has been made mobile-friendly without any performance loss. But there are drawbacks not only for Apple. The fact that the YouTube app wasn’t developed by Google means that they don’t have full control over its management and can’t monetize it. From leaving the current native product in the past both of the tech-giants would benefit because Apple are going to become more autonomous. They might provide the iPhone users with their own video-sharing system or, what is more probable, stimulate them to browse YouTube through the mobile version of the Safari. Google on the other hand are said to be developing new version of the application which will be available in the App Store. Therefore not only will the users be able to decide whether to install or uninstall YouTube from their device but Google will have the chance to include and control advertising in the video streaming. 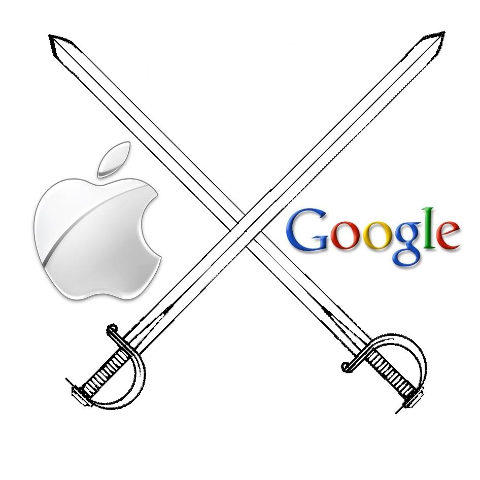 Everything looks like a well-thought plan! Would it be successful and what might be the next step in the De-Googlization of Apple?

A piece of prehistory: when in 2007 the first iPhone was released, Eric Schmidt, the CEO of Google then, was in the board of Apple. Integrating a video sharing system in a device that was supposed to be a sky rocket for Apple (exactly what it turned out to be) was a key factor. 5 years ago the best and most suitable choice was the freshly acquired YouTube. So far so good but when Android mobile OS came in the picture and Schmidt left the board of Apple Inc. things changed drastically and from allies the two companies turned the “weapons” one against other. The situation hasn’t changed much since then but it is ironical to use the services of your number one competitor. That is why Apple have introduced new Maps Application in iOS 6 which doesn’t use the Google Maps API (sadly enough there have been some negative comments from the users about it). Seems like that the next step is the removal of the YouTube app from the home screen and the default package of programs. Don’t feel sorry for Apple – with the numerous video sharing networks and many applications from this type in the App Store they will be fine. Of course it is inevitable not to ask the question: “First it was the maps and then the YouTube but what is next, what surprise hides behind the corner?” Although statements from the sort of “Apple are going to abandon the search services of Google and in this was totally to free itself” sound too bold, there might be a small grain of truth in them. According to the speculations Tim Cook and his team might be considering in the near future cooperation with Microsoft and its search engine Bing. It sounds like an absurd to some of the experts but who knows under which hat the rabbit hides? One of the bonuses for Bing is the fact that is uses social data in its search results from Facebook and Twitter while Google uses only its own social network – G+. Take into account that in the latest Mac OS X and the expected iOS 6 there is really deep integration of Facebook and Twitter and the scales are a little bit turned in favor of Microsoft. If there really is such partnership against Google then the tech world will truly begin to shake. Apple will unite with their enemy in the PC market against its enemy in the mobile market. Funny, isn’t it? Surely all these are still rumors and remain in the sector with big label: “Hypothetically”. 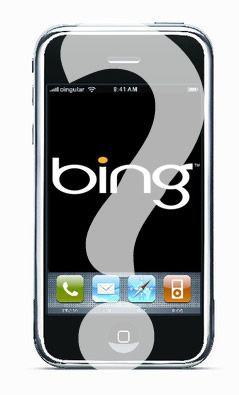 Google-Free iPhone, iPad, iPod and Mac? Well maybe but in some other reality or at least not in the near 5 years. For the moment the Maps and the YouTube Applications are the only sign of the tendency Apple to become more autonomous. They might even work as a test to see whether the Apple’s fans will continue to make it the most successful company of our time, even with Google out of the picture, at least partially.