QREncoder or How to make a QR code?

QREncoder is a universal product which allows you to create your own and unique QR code. For those who have not met this collocation before, QR codes (where QR stands for Quick Response) are the same as the normal barcodes but only better. They are 360-degree-readable, able to carry any kind of data and instead of straight black-and-white lines they use black-and-white squares in grid pattern. Scanning and deciphering such codes requires only a phone with a camera and simple decoding software. In the recent years QR codes have become one of the most preferred marketing tools. Imagine the following situation: you are passing by a billboard and are impressed by the poster of an upcoming movie. Understandably you want to see the trailer, but it is rather inconvenient to search for a video while walking. This is where our QREncoder comes on the stage. The movie makers could simply input the URL of the trailer and the application will generates the corresponding QR code. All that you have to do, while passing by the billboard, is point your camera at the checked black-and-white square and automatically be redirected to the video in seconds.

Practically any type of data can be encrypted with QREncoder:

Actually QRs can be used for many purposes in many different and very interesting ways. The long list above makes our QR generator perfectly useable not only from the average person but also from firms and stores that want to designate and locate their goods. Putting such graphical links on labels, packages, boxes or shelves provides the clients with easily-scannable, prompt and adequate source of information about the product itself.

With what the QREncoder is better than the other encoders?

Our code creator has one main advantage – it is a desktop application, which makes it independent from Internet connection. You can basically produce qualitative QRs at any place and time without being wired to the global web. The user-friendly interface and the profound support section make it extremely easy to operate with the program. For the moment there are two versions of the QREncoder – a free version and a Pro version. With the latest update (1.5) few more features were released with which you can create:

Another exclusive option of the QREncoder that is going to be available in the 1.4 update is the MicroQR. What makes it different from the standard QR :

What is Error correction and how can I use it?

This question bothers some of our users. Error correction is one of the most useful features of the QR encoding at all. Under certain circumstances your code may become unreadable – it may be dirty, partially damaged or simply the light while scanning may be insufficient. The error correction basically allows you to “lose” part of the symbols, like in the cases above, but still provide the user with the main part of the encoded information. There are four error correction levels:

The higher the level is the more of the lost codewords can be returned. You should remember only one thing – higher levels are connected with bigger amount of data and higher density of the square modules. The last two respectively may result in difficulties while trying to read the QR code with a phone camera.

Other aspect, in which error correction is used, is design customization. After choosing the highest level, you can change the edgy, two-colored outlook and engage your target group much easier. QREncoder exports the generated codes in PNG and SVG file formats. The Pro version output EPS vector files too, which is one of its main pluses. These formats are supported by most of the image editing software. Adding your company’s logo in the center or curving the rugged squares are few of the numerous ways to make your code more original and eye-catching. Consider profound testing before putting your code into use, because such alterations may make it useless. Here you can find all barcode generators by Mobilio. 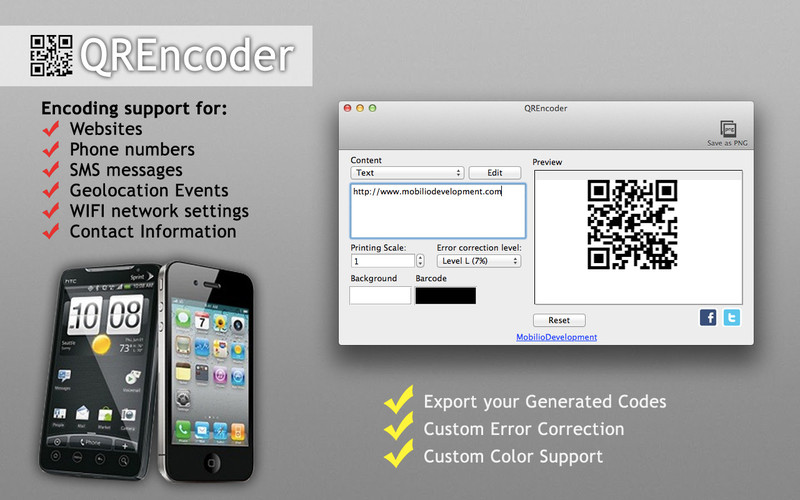 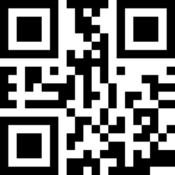 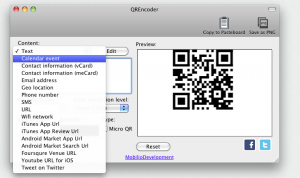 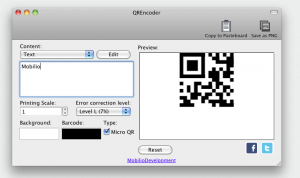 Here you can see how to work with QREncoder and QREncoderPro version 1.5 by watching these video tutorials.

This video shows how does the QREncoder work.

This video shows how to work with both versions of QREncoder.

This video is in French and shows you how the QREncoder works.

This video is in Italian and shows you how the QREncoder works.